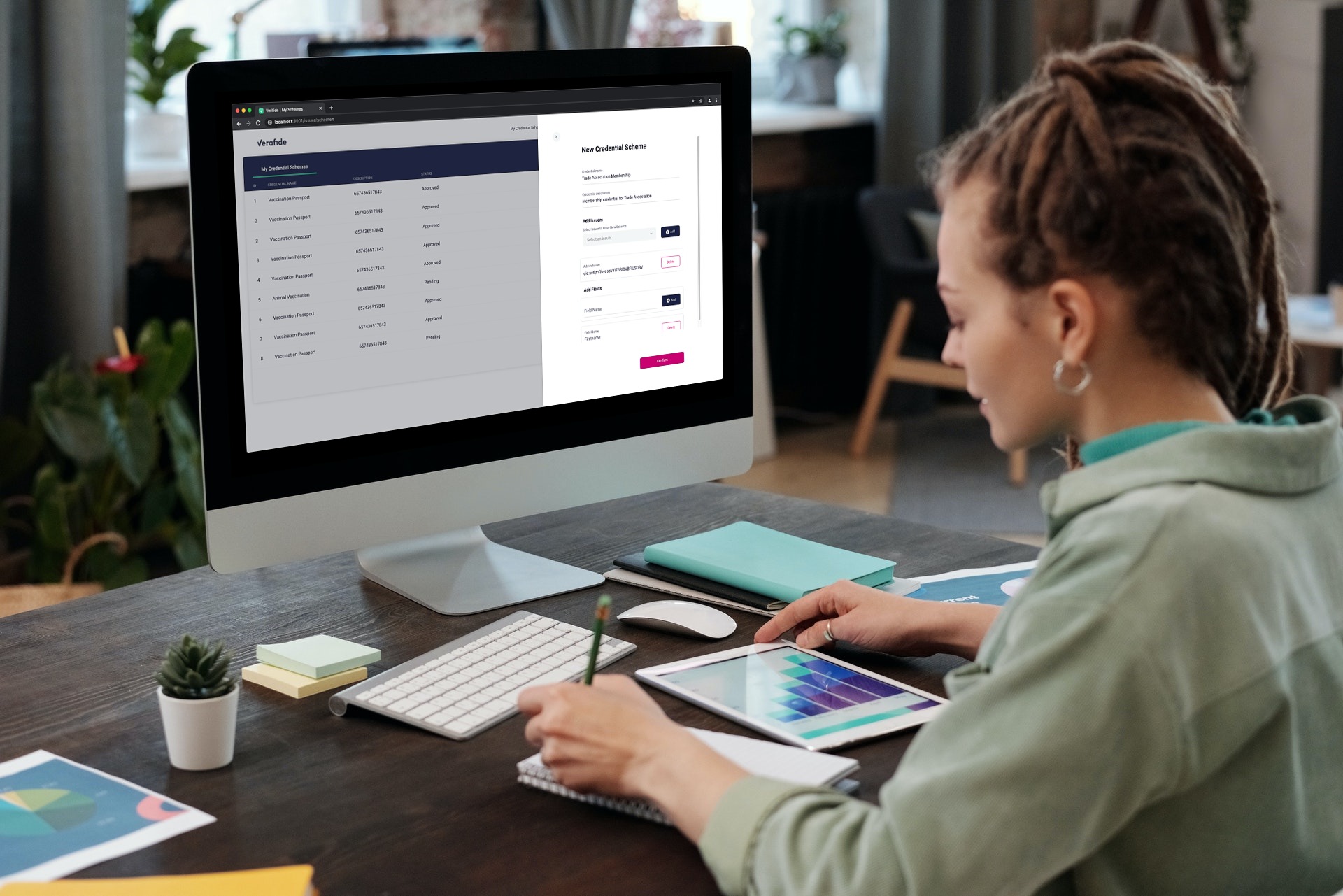 London, 13 July 2021 – A British tech company, Verafide has launched a free app allowing everyone to verify their identity, qualifications and other vital personal information with a digital wallet – aiming to liberate important documents from the dusty shoebox to the mobile phone.

Instead of photocopying passports and utility bills or presenting educational certificates, all of the verified information is stored in a secure digital wallet which can be used on-line to access services and information as well as face to face with a QR-code.

The documents are encoded and digitally signed by the organisations that issue them as an alternative, or in addition, to giving you the normal paper version.

The Covid-19 pandemic has significantly accelerated the need for and development of verifiable credentials. As governments across the world debate vaccination passports, the NHS has created a digital credential to prove an individual’s vaccination status.Currently only available in the NHS app, Verafide sees this as one of many digital certificates that citizens will want to hold in their wallets.

The enterprise version of Verafide's system benefits from a built-in payments functionality that allows organisations to commercialise and scale the issuance of certifications, from pet passports to professional body memberships.

On the user side, the system could significantly reduce the burden of administration in a number of scenarios. Financial services is a particularly promising area for the technology with Know-Your-Customer regulations requiring banks to collect multiple documents and assurances for even the simplest of transactions.

And for companies the benefits are also expected to be huge. For example, a company version of the wallet could contain all the credentials related to the directors and owners avoiding the need for every single director of a company to provide copies of their passports just to open a company bank account.

For local governments, paper-based proof of residence could be replaced with a resident's credential allowing residents to apply for parking permits or obtain a garden waste wheelie bin with the click of a button. And because a credential can be used anywhere, not just with the organisation that issued it, it would ease co-operation between the public and private sector.  For example, a council issued disabled credential could be used with a local supermarket to book priority delivery slots.

One of the major expected use cases is for age verification.  Existing systems tend not to work wellon-line and users often have to give away too much information just to prove their age.  Verafide expects a range of privacy preserving low-information age credentials to become available on its platform making buying alcohol or entering nightclubs a simple and private process.

Verafide is at the forefront of transforming ID from paper to digital, just as we have seen money evolve the same way. In February the UK Government announced its digital identity and attributes trust framework to further the development of a national digital ID. The next version is due by the end of the summer, with legislation being considered later in the year.

At the height of the COVID-19 pandemic last year, Verafide won a competition to receive funding from Innovate UK for its mission to build digital trust and resolve the inefficiencies in how credentials data is created, shared and verified.

The Chief Engineer at Verafide, said: "Last summer we won a competition launched by Innovate UK, the UK's innovation agency, and were awarded funding to realise our ambition to solve the issues around existing verifiable credentials data. We wanted to use our funding and technology not only commercially but also to give something back, to help the UK return to some sort of normality after the pandemic.

We are working with Pyser Testing to verify that British holiday makers are covid vaccinated and fit to fly.”

●     Pyser Testing - a UKAS and CQC accredited testing provider that carries out PCR and lateral flow tests. The company is an approved UK provider of Fit to Fly, Day 2, Day 5 and Day 8 testing services.

●       The Modular Open Source Identity Platform(MOSIP),  an open source platform for Foundational ID systems developed in India , with deployments in countries such as the Philippines and Morocco, and backed by the Bill and Melinda Gates Foundation.

Anthony Culligan, Verafide Advisor and Chief Engineer at SETL, said: “We have received a lot of interest from business and government organisations. Secure, digital credentials are not just a novelty making the administrative parts of our lives easier, they are now absolutely vital to getting people back to work, back to travelling - be that for work or family reasons, all whilst protecting their privacy.

“As with the evolution of money from paper to digital, identity and credentials will follow. We are proud to be at the forefront of innovation for verifiable credentials and actively involved in developing common industry standards. With a multitude of digital wallets and credentials offerings expected to come to market, ensuring interoperability across systems and the ability to integrate into existing infrastructures is more important than ever.”

Verafide's is open-source software, and the company offers an open-source SDK for the developer community. Its enterprise solution is delivered as SaaS and includes a ‘payment-for-credential’ functionality and additional functions for issuers including issuer hierarchies that allow controlled delegation of issuing. The Verafide App can be downloaded from the App Store for iPhone and Google Play store for Android.